These Chandeliers From Kenneth Cobonpue Look Like Aerial Acrobats

Chandeliers not only bring light to illuminate a space in the evenings, they often also serve as important centrepieces that draw the attention of anyone who’s visiting for the first time!

Should you decide to hang a chandelier in your living area or right above your dining table, the piece better be good and attractive. Kenneth Cobonpue is an internationally renowned Filipino furniture designer. He made headlines when Hollywood stars Angelina Jolie and Brad Pitt reportedly bought artistic pieces from him.

This amazing artist surely does not limit himself to chairs and tables and sofas. He has also artfully developed lovely chandeliers that look like acrobats performing in mid-air. Aptly called Limbo, his collection has three variants, and each brings with it an amazing aura that will surely leave a lasting impression on guests. 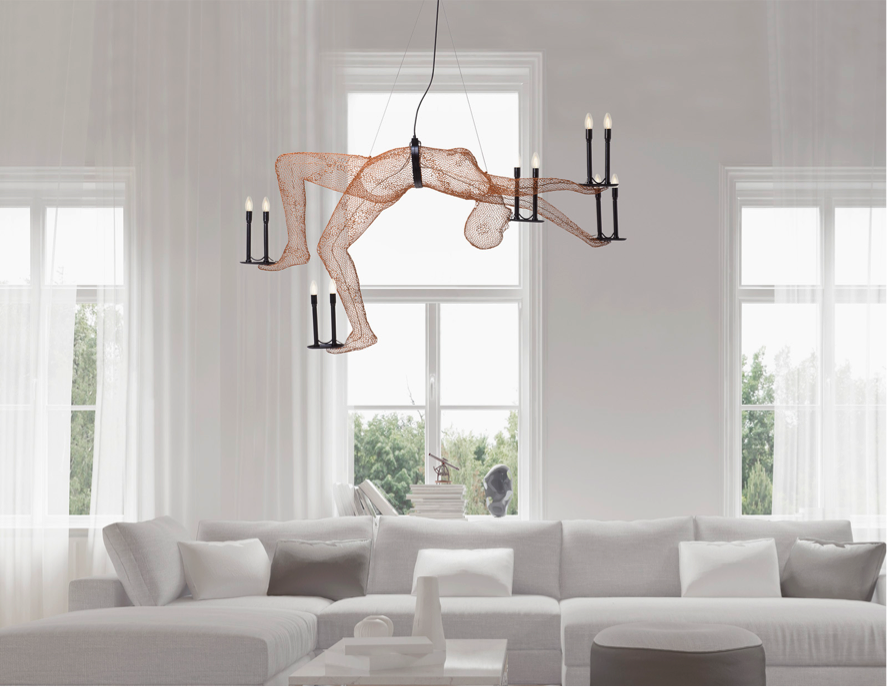 The first variant is composed of a conventional chandelier that looks like it’s being used as a trapeze by an acrobat who comes from a slightly elevated starting point. The figure, according to the designer’s website, is made of gossamer wires woven by hand to create lattice patterns. The whole presentation perfectly captures the instance when the acrobat grabs the chandelier, tilting it a bit toward her. The acrobat’s body, which looks like that of a fit woman, curves elegantly towardly the ground. This masterpiece is perfect for living areas where worthwhile conversations and activities happen. 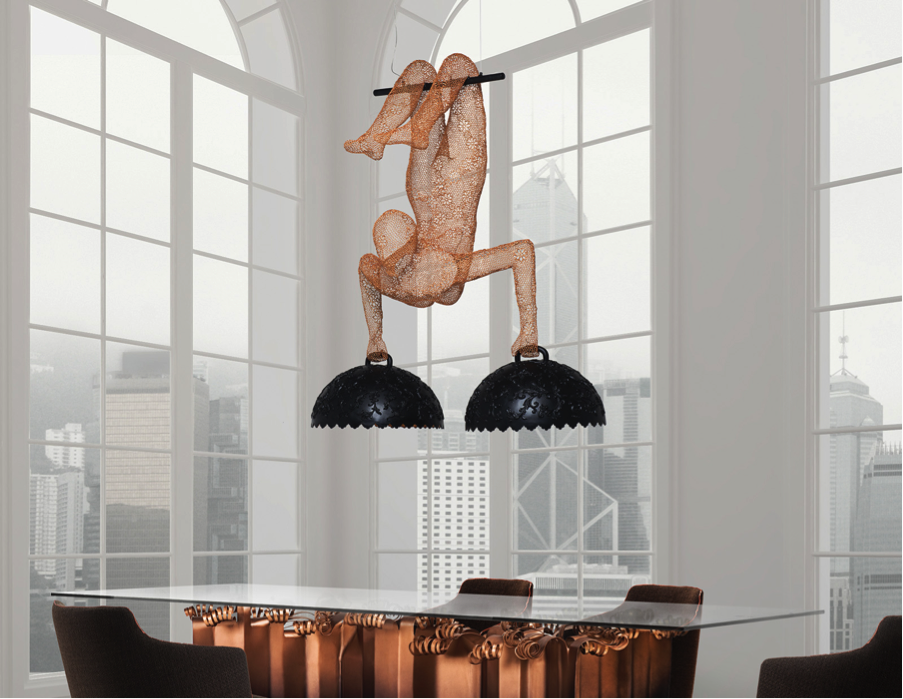 The Trapeze variant is perfect for places that need focused lighting such as dining areas and study rooms. The gossamer figure appears to be hanging from an ordinary trapeze, and she only relies on the strength of the back of her knees to support her weight. In each hand she holds a dome lamp that neatly focuses its illumination to the space right below it. The figure’s back is slightly arched so that she can hold her head up and face her audience, who most likely are in awe with how amazing her position is.

While all three masterpieces portray acrobats performing in mid-air, it is the third variant that deserves the name ‘Acrobat.’ This rendition perfectly captures the image of an aerialist who hangs from the ceiling with only her midsection supported. She balances in her mouth two candlesticks, and she also holds two candlesticks in each hand. To make things a bit challenging, this elegant figure also balances on each of her feet two candlesticks. It’s as if her whole body becomes the chandelier on which the light sources are attached. A chandelier like this one is perfect in areas that the front door opens to.

Kenneth Cobonpue’s creations are nothing short of amazing, and they are perfect for homes and offices with high ceilings. As such, installing them is going to be a bit challenging, especially if you want to go DIY. At the very least, you should ensure your safety by wearing a harness. Just make sure though that the harness is attached to sturdy materials such as Fall Protection Pros anchors to prevent any accidents while installing your beautiful new chandelier.

This entry was posted in Decorating ideas and tagged artistic chandeliers. Bookmark the permalink.