Dutch Colonial architecture is common in many areas of the northeastern United States, such as New Jersey, New York, and Pennsylvania! 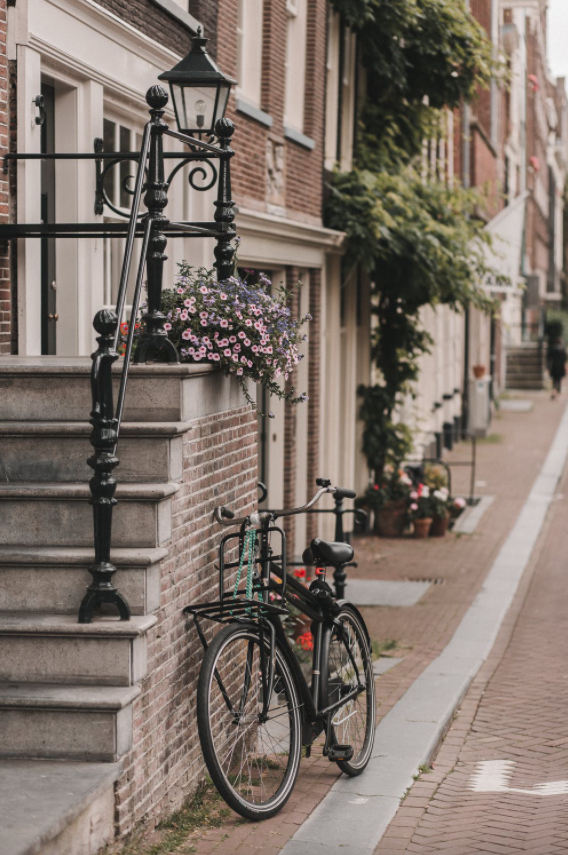 The Dutch Colonial style is still a popular choice for residential architects looking to build homes that provide a cozy and restful home atmosphere. Though this building design style is more localized to certain regions of the United States, it is present in many neighborhoods throughout the country.

When the Dutch Colonial design was brought back into style, the architecture became known as “Dutch Colonial Revival,” in reference to its returning popularity. Most of the identifying features of this style of architecture come from the practical necessities of living in the American colonies. Let’s take a look at a few of these defining features.

The term double-pitch refers to the roof having two separated angles in its slope, with the roof section nearer to the peak having the less dramatic pitch. To build the gambrel, a ridge beam is constructed through the center of the roof, at its highest point. A ceiling joist connects the two upper beams of the roof at the curb between the roof’s two slopes. The lower part of the roof that connects to the main section of the house is often used to create an overhang.

The double-pitched roof can sometimes appear similar to a barn. However, the typical architectural features of a barn would vary significantly from the Dutch Colonial home in all other aspects. The gambrel roof may not be ideal for areas of the northeast that experience heavy snowfall because the snow may continue to build up in the center of the roof where the slope is not steep.

One of the significant features of both the exterior and interior of the Dutch colonial home is the centralized location and visibility of the chimney. On the outside of the house, the chimney juts out from the siding. For most Dutch Colonial homes, the chimney is brick, which is often in contrast with the siding in color and pattern.

The chimney’s central focus in this architectural style comes from the fireplace’s use as the central heating for homes in the colonial era. Most chimneys in the Dutch Colonial style that are constructed today still have a plain and simple functionality that makes them more than just decoration.

Many Dutch Colonial buildings feature windows on the lower parts of the sloped roof that are vertically set. These essentially have an individual roof that is disconnected from the main double-pitched gambrel and slope sideways compared to the main roof. These windows are known as dormers.

Many dormers are connected to the attic within the Dutch Colonial home due to their elevated position on the roof. These attic rooms are often converted into small bedrooms in Dutch colonial homes, with the dormer window as the primary light source. In other houses where the attic is smaller, the dormer can be a half window or a small round window that is more for exterior aesthetic than practical use.

Dutch Colonial buildings most commonly feature clapboard siding in all areas but the chimney and roof. This siding is often in a lighter color, such as white, cream, or blue. This siding goes a long way in building a quaint and comfortable exterior appearance for homes.

Many churches in the Northeastern and Mid-Atlantic regions of the United States utilize aspects of the Dutch Colonial style but steer away from this form of siding, as the traditional form of this clapboard would only be wood. Instead, the central structure was built with stone, brick, or clay, depending on the geographic region. One of the most famous churches built in this style is the Old Dutch Church of Sleepy Hollow.

With the double-pitched roof, it can be reasonably easy to build in eaves and overhangs that make room for a front porch. Most porches for this style have support columns with railings in between that run the length of the front of the house. The finish color for these columns and railings is almost always white.

Many Dutch Colonial houses also feature Dutch doors (shocking). Dutch doors split into two pieces- the lower piece is similar to a regular door, while the upper portion features a window. The split allows for an easy way to open the window while still keeping the door closed.

Colonial architecture at large features symmetrical windows on either side of the front door. The windows are typically rectangular, without curves, and are divided with window grilles into eight or more sections to give the appearance of multiple panes. On the sides of the house, the upper story often features a gable window. The most popular color for exterior window frames is white.

This entry was posted in Decorating ideas and tagged architecture design, dutch architecture. Bookmark the permalink.